Earlier this month, the NBA’s free agency period kicked into full swing. My Sixers didn’t make a big splash. And I’m cool with that. I’m a ‘Trust the Process’ guy, after all. If you want to hang a championship banner from your rafters in today’s NBA, you need to build around a young core of capable scorers, who are also stalwart in defence.

What you don’t need are over-hyped stars, who come to collect big pay checks and play a selfish brand of basketball. Before you know it, their presence has altered the team dynamic, culture and even the style of play.

The same might be said of American Christianity’s most recent free agent acquisition, President Donald Trump. In a very thoughtful piece for The Washington Post, John Fea (History Department chair at my alma mater, Messiah College) considers how much the new president is changing the face of Christianity in the United States. He refers to those evangelicals now currying favour with Mr. Trump as ‘court evangelicals’ (You have to love that term!) and suggests that the president is “forc[ing] them to embrace a pragmatism that could damage the gospel around the world”. 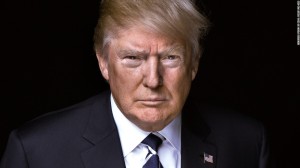 There’s little doubt that President Trump has been recruited to help the Court Evangelicals squad capture that elusive championship ring of civic authority – and with it, the mandate to ‘lead America back to God’ through moral legislation and of course, control of the balance of the Supreme Court. And to get their hands on that trophy, they’ve had to make peace with a star whose playing style cuts well across the grain of their self-professed team culture and who shares few, if any, of their high-minded values.

Nonetheless, I wonder whether President Trump is actually changing Christianity in America, or whether Christianity (or, more fairly, this particular brand of Christianity) has already changed, enabling someone like the president to emerge. Has the Christian right become so agenda-driven, so divorced from anything resembling a New Testament vision of discipleship, that support for a man like President Trump was not only possible, but inevitable?

As Dr. Fea outlines, the Christian right’s quest for political clout is nothing new. They’ve cozied up to and cut deals with Republican candidates for a generation. To do that, they’ve made internal compromises, whether they know it or not. But hey, it has all been for a noble cause: taking America for Jesus (It’s funny, because Jesus was offered a similar deal in the desert 2000 years ago and he turned it down).

This isn’t the first time that key figures within the conservative evangelical camp have gravitated to self-confident, resolute and powerful individuals to increase their own influence. And with this history of fatal attraction, maybe we shouldn’t be shocked at the Christian Right’s Machiavellian cuddle with President Trump.

Along with the pursuit of influence, many politically conservative Christians have perceived the recent succession of Democratic presidents and candidates as a litany of ever-more-satanic villains. These Democrats and their feminist and gay supporters aren’t simply human beings with differing political opinions, but enemies of God and Christian America. Just like Muslims.

Believing that the best defence is a nuclear offence, right-wing Christians have pressed the attack, recently achieving new plateaus of vitriol and spitefulness. Of course, there are some things you just can’t say out loud.

But you don’t have to, if a man like President Trump will say them for you, making your enemies his enemies, loudly denouncing liberals, Muslims and immigrants, and giving unfiltered voice to your own implicit prejudices.

Observe this pizza. It can’t decide what it wants to be, keeping one foot in each camp. Right-wing evangelicals do the same, striving to be both faithful Christians and unshakable American patriots. And they’ve done this for so long, they can no longer spot the difference between the teachings of Jesus and American cultural values.

What’s more, they believe that the United States is exceptional, God’s chosen instrument for planetary justice (I won’t bore you with the details of how they creatively cobble together bits of the Hebrew scriptures with a rosy picture of American history to back all this up). Yet they fear that America has lost much of its standing in the world, thanks to those God-forsaken Democrats mentioned above.

Small wonder, then, that many of them warmly embraced President Trump’s call to ‘Make America Great Again’ (by whatever means necessary).

I don’t know what you think, but I’d say the Christian right’s bed was made well before President Trump showed up to build a fort in it. Has he changed them? No. He has simply highlighted the traits they’ve kept out of sight.

That said, could it be that the president is changing Christianity in America – by splitting it? As Dr. Fea mentions in the closing paragraphs of his article, a number of conservative evangelicals (to say nothing of those closer to the political centre or left) simply can’t stomach the president’s antics and refuse to heed others’ calls to unite behind Mr. Trump (How do you unite behind someone so divisive?). Indeed, he has inspired more discussion about what it actually means to be a Christian in America than any president in recent memory.

If the next four years cause more and more Christians to question the status quo, to pursue the kingdom Jesus talked about, to recognise the difference between that kingdom and the American kingdom, then maybe it’s a watershed moment.

And maybe President Trump is changing Christianity for the better.

* I should note that I don’t see this as an argument against Dr. Fea’s excellent points, but something complimentary. In his piece, he asserts that there is both “continuity and change” behind the evangelical support for the president and traces the development of the Moral Majority and the Christian Right. I think I’m merely emphasising the “continuity” aspect over the “change” aspect.